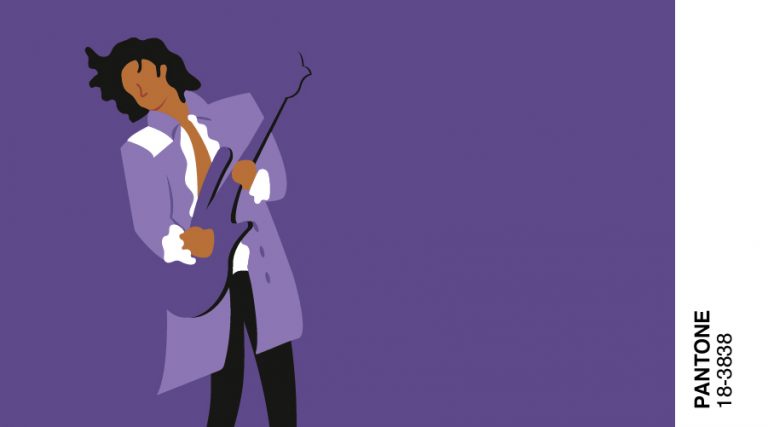 Pantone Announces ‘Ultra Violet’ As Colour Of The Year 2018

Clearly, those clever people at Pantone have been listening to a lot of soul music this year, as earlier this month the ‘Pantone Colour Of The Year 2018’ was announced and it’s basically Prince as a colour.

Every year in both a shameless plug for its colour matching series and to highlight the fact it has its finger on the pulse of the world of colour, the Pantone corporation release a single colour that is meant to symbolise the coming 12 months in design. However, if the past three years have been anything to go by, it is normally pretty spot on.

Following on from Marsala in 2015, Rose Quartz and Serenity in 2016 (thanks for proving that one right with your iPhone’s Apple), and Greenery in 2017, Pantone has announced its colour of the year 2018 is ‘ultra violet’ (or Pantone 18-3838 for those of you that plan on using it).

In Pantone’s words, “the Pantone colour of the year has come to mean so much more than ‘what’s trending’ in the world of design; it’s truly a reflection of what’s needed in our world today”.

You may be thinking that is quite a burden for a single colour to bear, reflecting the needs of an entire planet. Realistically the announcement simply looks to provide some stylistic direction (trend prediction to you and me) for the design world.

Leatrice Eiseman, executive director of Pantone, released the following statement with the announcement:

“We are living in a time that requires inventiveness and imagination. It is this kind of creative inspiration that is indigenous to Pantone 18-3838 ultra violet, a blue-based purple that takes our awareness and potential to a higher level. From exploring new technologies and the greater galaxy to artistic expression and spiritual reflection, intuitive ultra violet lights the way to what is yet to come”.

Again, that is pretty heavy. However, it is a great colour, a deep and rich purple with hints of blue that oozes style and reflects nature. It will be interesting to see how widely used it becomes over the next 12 months and which, if any, of the big corporations pick up on it.

Until then all we know is that if the song ‘Purple Rain’ could be a colour, this is as close as we are going to get.

What Are Accelerated Mobile Pages & Should You Even Care?

A Beginner’s Guide To Google Paid Per Click Advertising